– AGENDA FOR THIS WEEK’S MEETING

The Republican candidates invited to appear this week are Pat Ownbey of Ardmore, Corey Holland of Marlow, Jay K Ramey of Tulsa and Mike Christian of South Central OKC. In addition, Jason Nelson has re-scheduled for this Wednesday from last week. This is our next to the last week for interviewing candidates. We will vote to determine which ones we support on September 24th. The poll question for the week is: do you think the U.S. Constitution is outdated? Please log on to the OCPAC blog site to register your opinion, http://www.ocpac.info/. –

OKC AREA The business and professional chapter of the John Birch Society will resume their monthly meetings (second Wednesday of each month) after a summer break. We start with breakfast at 7:00 and the meeting starts at 7:30 a.m. with the location being the Character First Training Center, 520 West Main in downtown OKC. District Judge William (Bill) Graves will be speaking on the U.S. Constitution in celebration of Constitution Day which is September 17th. Judge Graves served over 20 years in the legislature before being elected two years ago to the bench in the OKC area. He is considered one of the foremost authorities in Oklahoma with regard to the Constitution. Set your alarm early and come hear Judge Graves. This will be a great way to celebrate and honor the signing of that great document, which happened on September 17th 1789. It was then sent to the states for ratification.

– NORTH OKC, EDMOND & LOGAN COUNTY Bruce Delay, pastor and popular radio talk show host in the Tulsa area will be speaking at the Bethel Congregational Church, 2131 NW 234th st. (same as Sorghum Mill in Edmond). This is 1 mile South of Waterloo Road on North Penn. Pastor Delay has been going to the U.S.- Mexican border once a year for the past 15 years and has seen the situation change dramatically. Mr. Delay just returned from a trip to Cochise County Arizona last month and will have a power point presentation with information on the Federal Government’s fence, first-hand input from border residents, amazing local stories and a Biblical perspective on this issue. There will also be time for Q&A. If you do not understand the seriousness of what is actually happening, an invasion of illegal aliens along with the drugs, gangs and crimes associated with such, then you will want to make every effort to attend this meeting. There is no cost and it is open to the public. For more information, call Darryl Hay at (405) 348-6843. 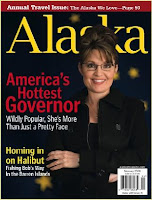 Most astute Republicans had observed the passionate and loyal following of supporters that OBAMA has attracted over the past year of the election process. Nine out of 10 of those supporters can’t point to a single policy accomplishment Obama has produced but it doesn’t matter because they BELIEVE in him. That support is defined as a “personality CULT following.”

I believe something similar is happening with the selection of Sarah Palin as McCain’s running mate. Though Palin certainly has more experience, especially from an executive perspective, than Obama and she does have some policy record, I don’t think much of that matters with many in the Republican party. Don’t get me wrong, of all those McCain was considering, I believe he chose the most conservative candidate and made the best choice possible for the purpose of winning. I also believe she has a social conservative ideology. As I expressed last week I am not sure about her fiscal policy conservatism.

However, I can say this, based on a proclamation in February of this year, she is very naive about the United Nations and thus foreign policy. Let me explain by providing the proclamation:

WHEREAS, the Alaska Model United Nations has provided important educational and international opportunities to Alaska students for 23 years.

“To maintain international peace and security...” “To develop friendly relations among nations...” “To achieve international cooperation...” “To be a center for harmonizing the actions of nations in the attainment of these common ends.”

WHEREAS, the University of Alaska Anchorage, UNA/USA Alaska chapter, the Alaska World Affairs Council, and the Anchorage Consular Corps are cooperating to make this an important international experience available to Alaska’s youths.

NOW, THEREFORE, I Sarah Palin, Governor of the state of Alaska, do hereby proclaim February 21-23, 2008 as:

in Alaska, and urge all citizens to acknowledge the outstanding work done by the various student organizations in order to have peace and harmony in the world.

If Governor Palin really believes this pablum about the United Nations and its purposes we are really in trouble. One can only hope someone can get some information into her hands about the UN and its real purposes as designed by its founders. Those purposes are still the UN goals of today. Basically, that is to become the seat of a one world, globalist, socialist, and central planned government. Over the years, there have been many books and articles written about the UN and its agenda. I suggest one of the best being the book written in 2001, THE UNITED NATIONS EXPOSED by William F. Jasper. Unfortunately, you probably won’t find this in a government run library or a main stream corporate book store.

This election will be more about the turn-out of voters who might best be described as personality cult followers or personality groupies than about issues. The Democrats have their rock star in Obama and we Republicans have our new rock star in Palin. She gave a fine speech, with right jabs to Obama’s jaw with a few right crosses and uppercuts, all the while smiling right along. Her right jab to the media and the ensuring chant “CBS” has set some in the media rocking on their heals.

I know that expressing concerns about Palin will cause me a lot of grief among Republicans as anything but almost worship of the McCain - Palin ticket will be seen by some as heresy. However, please pay close attention. If they win, Sarah will be the heir apparent to run for President when McCain is finished. By the time that occurs, one can only hope her maverick label will have pointed her toward being a solid social, fiscal and foreign policy conservative. Yet, Washington will try to pull her the other direction. Unfortunately, too many voting Republicans will never know the difference or even care.

This past week I was disturbed to find out the Oklahoma Republican party had done little if anything to help the Republican candidate from Ponca City, Brent Colle. Mr. Colle wasn’t complaining but I pressed him to find out what the party had done for him. Mr. Colle, 52 years of age has politically attractive credentials, 2 college degrees and recently retired as an engineer and trainer from Conoco-Phillips. He is a member of the chamber of commerce and narrowly lost a city council race in a run-off. He is conservative and is working hard knocking doors, but why no help from the party?

This was a seat held by Republicans until 2 years ago and still no help from the party? It really made me mad to receive a fund raising request from the party this past week as I am wondering what are they doing with all the funds they are raising? Mr. Colle isn’t the only good candidate we have seen this election cycle who had not received any help from the party, at least as of the time they appeared at OCPAC. While I can’t guarantee that our members will vote to support Mr. Colle, I will be surprised if we do not. While the final leg of our process will take a couple of weeks to finish, we have already sent thousands of dollars to other candidates, so they could use or know what to count on for their campaigns.

I have said this before and I will say it again. If you are a conservative and more concerned with electing conservative Republicans, rather than just a candidate with an “R” by his or her name, then may I suggest joining with us at OCPAC. Almost every penny of your dues will go to conservative candidates or a small portion may be used for our accountability efforts. Everyone at OCPAC is a volunteer and therefore none of your membership dues are siphoned off to pay salaries.

If you have thought about joining and just have not done so as yet, please consider doing so now. We want to have in hand most of our money for this election cycle by September 24th so we can support several of these fine candidates we have seen running for house seats. We have now surpassed our all time high of 190 dues paying members in a year and I would really like to exceed the 200 member mark. We just need 7 more members to do so. Instructions for joining will follow my sign off. Thanks again to everyone for your support and confidence in our efforts.

I look forward to seeing everyone this Wednesday.